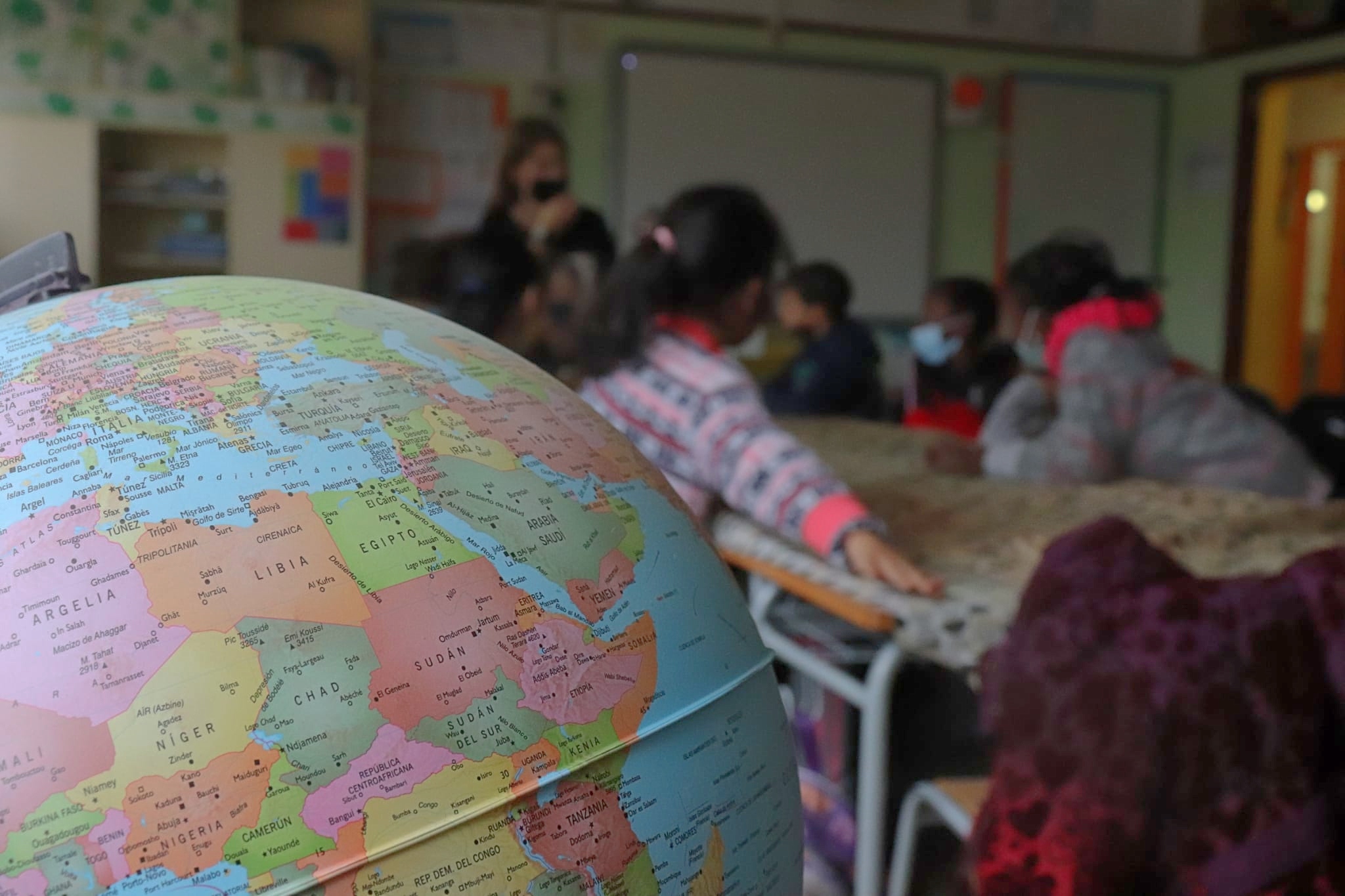 On the 24th of March, the Girona representatives of Talent Maker were invited to a conference on experiences to promote inclusive education and social inclusion organized by the Inclusive Education Master at the University of Girona.

El Pla school team explained their original project Talents; and how it has evolved into our current Erasmus + project: Talent Maker.

They focused on the social reality of the municipality of Salt and the difficulties the multicultural schools with children from vulnerable families have to face to guarantee equity an inclusive education.

They presented the project as a universal measure to attend diversity as it applies to the individuality of each child, encouraging their multiple intelligences, learning by “making”, and global personality growth.

On days like this, when sharing Talent Maker, we recognize the importance of this European cooperation. We value having the opportunity to discuss, design, implement and share this pedagogical project and adapt it to different country realities and their possible lock-downs.

Because the way we see it, from the inspiring practice of El Pla School, three schools with social inclusion problems are working together with research groups of universities that also care for children from vulnerable families, and this is how we can make a real change.

We believe that cooperation is the way to improve and promote transformative educational practices.

However, its origin dates back to October 2020, when the Education Technicians of the City Hall of Salt brought the University of Girona (UdiGitalEdu) in contact with El Pla School. Inspired by El Pla programme Talents, together they wrote a proposal for a K2 Erasmus+ call in Cooperation for innovation and exchange of good practices. Simultaneously, they sought partners in order to form a consortium.

On the 26th of February of 2021, Talent Maker was accepted and, on the 1st of March, the first project result of the collaboration of the Cathedra Tekhné (University of Girona and City Hall of Salt) commenced. 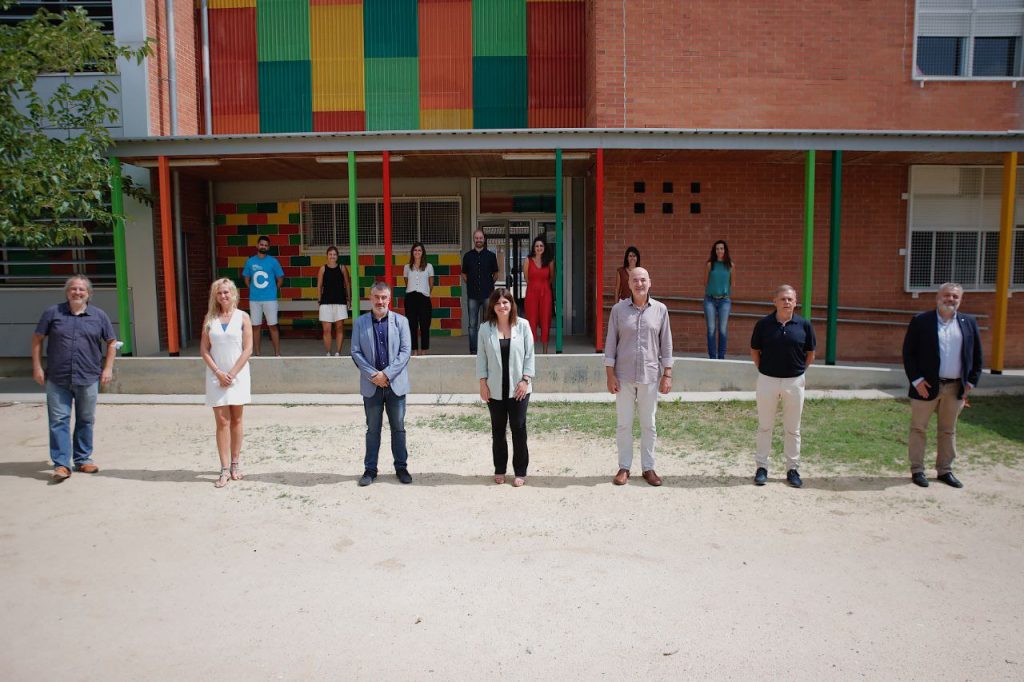 On the 13th of May, 15 representatives of the partnership, assembled by University of Girona (ES), El Pla School (ES) the University of Craiova (RO), Constantin Ianculescu School (RO), Action Synergy (GR) and Alikarnassou school (GR); held a virtual Kick-off meeting. This event allowed gaining a common understanding of the project’s timeline, its goals, the responsibilities of each partner and the communication channels of the consortium, among others.

During the second phase, which will be on until the end of the project, they have been working on the configuration of a Digital Capsules Catalogue, which will collect several activities classified by age and Talent, and the design of the Digital Capsules Templates. Both will be available in the Project Website on September. 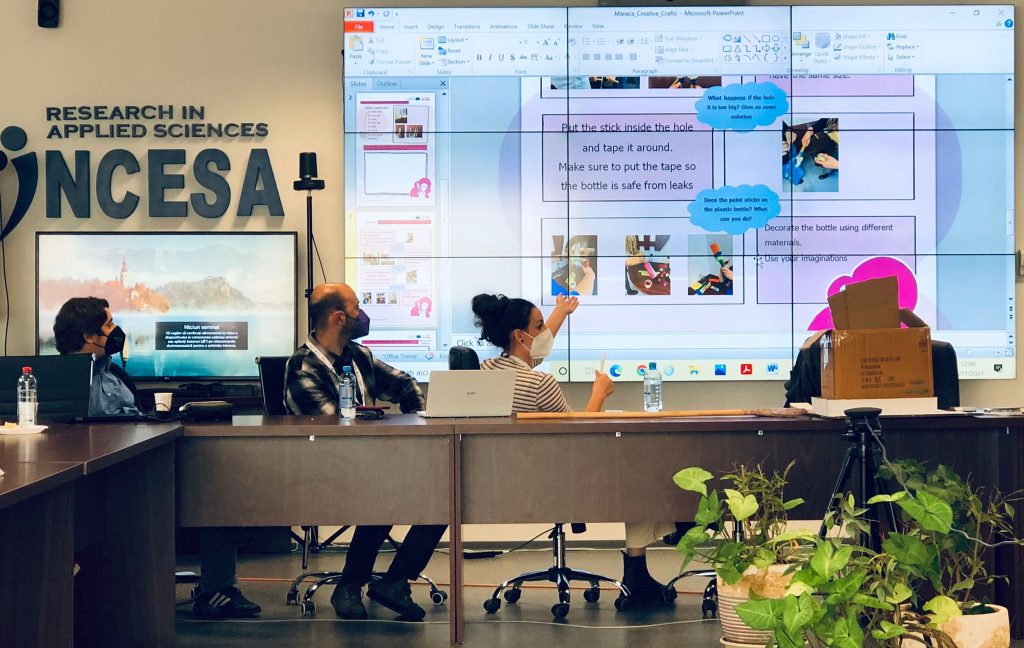 Additionally, the partnership had a face-to-face Transnational Meeting in Craiova (Romania) in early November with 17 attendees.

They discussed the Methodology after participating in Talent Maker Workshops, the Digital Capsules Catalogue and its templates, as well as the first steps of the Teacher’s Guide. It served as a Consortium Training, which was extended with Creative Technology Sessions for the partner schools’ teachers, as it established the basis of the implementations that will follow.

Currently, the consortium teachers are designing ad testing their own Digital Capsules while phase three started and are developing the Teacher’s Guide with the rest of the partnership. The Teacher’s Guide, which will be available on paper and online in January of 2023, will contain the essential ideas of the Methodology, some examples of Digital Educative Capsules, case studies and lessons plans. It will be addressed to teachers, although it will contain some hints and indicators for families.

There is still a lot of work to do. Nonetheless, the Talent Maker team is proud of the done work and is looking forward to sharing the Intellectual Outputs for teachers to use along with Training for teachers and schools outside the partnership.

Because if we face it together, we can contribute to reducing the unfair gap generated during lockdowns between schools with resources and a majority of local students and multicultural schools with fewer resources and wider class diversity.

In the first week of November, the University of Girona (UdiGitalEdu) team coordinated a face-to-face meeting in Craiova (Romania) to review the work done and discuss the following steps of the Talent Maker Project (Erasmus+).

During the meeting, the partners visited one of the consortium schools (Constantin Ianculescu), discussed the Methodology (IO1) and the format of the Digital Educative Capsules (IO2) and participated and created some Talent Maker Workshops. Moreover, they assigned tasks and organized the next phases.

On the 8th of September, the Cathedra TEKHNÉ originated from the collaboration between the University of Girona (UdG) and the City Hall of Salt celebrated their first year with a Meeting in El Pla school (Salt, Spain).

In the meeting UdiGitalEdu, the research group in Education, Technology and Development Cooperation of the UdG, shared their impact in the educational context of the village through projects’ implementations, technology workshops, teachers’ training and schools’ collaborations among others.

The Talent Maker project was head lighted for being a successful example of the establishment of the Cathedra and the result of developing the idea of a project already carried out by one of the municipal schools.

“I was very impressed by the quality of TEKHNÉ Cathedra projects and their transference of technological knowledge in the context of the schools of Salt. Educative sparks that can change the future of children and have deserved European funds.”

This project has been funded with support from the European Commission. This website reflects the views only of the author, and the Commission cannot be held responsible for any use which may be made of the information contained therein.
Project reference:
2020-1-ES01-KA226-SCH-095839

The University of Girona is the coordinator of the Talent Maker Project. Campus Montilivi, Edifici P4, 17071 Girona
+34 972 41 89 05
team@talent-maker.eu
We use cookies to offer useful features and measure performance to improve your experience. By clicking “Accept All”, you consent to the use of all the cookies. However, you may visit "Cookie Settings" to provide a controlled consent. You can find further information in our Read More
Cookie SettingsAccept All
Manage consent

This website uses cookies to improve your experience while you navigate through the website. Out of these, the cookies that are categorized as necessary are stored on your browser as they are essential for the working of basic functionalities of the website. We also use third-party cookies that help us analyze and understand how you use this website. These cookies will be stored in your browser only with your consent. You also have the option to opt-out of these cookies. But opting out of some of these cookies may affect your browsing experience.
Necessary Always Enabled
Necessary cookies are absolutely essential for the website to function properly. These cookies ensure basic functionalities and security features of the website, anonymously.
Functional
Functional cookies help to perform certain functionalities like sharing the content of the website on social media platforms, collect feedbacks, and other third-party features.
Performance
Performance cookies are used to understand and analyze the key performance indexes of the website which helps in delivering a better user experience for the visitors.
Analytics
Analytical cookies are used to understand how visitors interact with the website. These cookies help provide information on metrics the number of visitors, bounce rate, traffic source, etc.
Advertisement
Advertisement cookies are used to provide visitors with relevant ads and marketing campaigns. These cookies track visitors across websites and collect information to provide customized ads.
Others
Other uncategorized cookies are those that are being analyzed and have not been classified into a category as yet.
SAVE & ACCEPT
Powered by